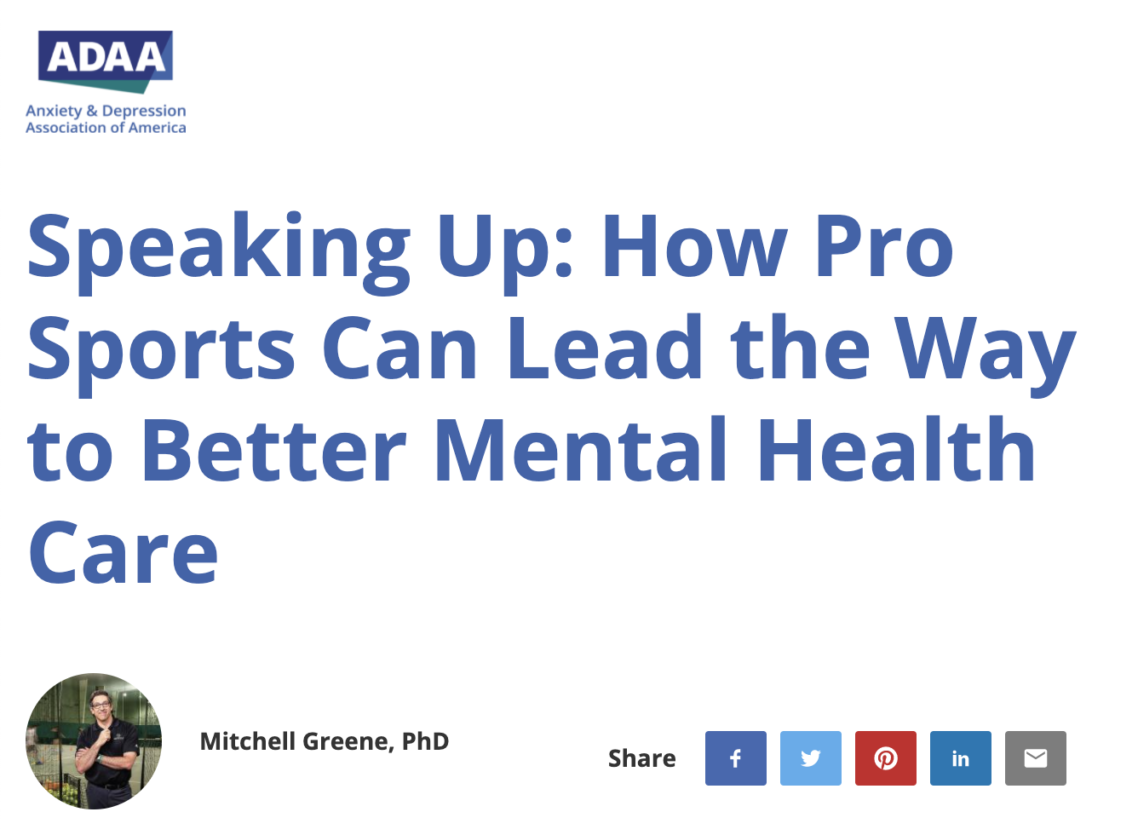 Naomi Osaka, a professional tennis star, was first warned, and then fined, for not participating in post-match press conferences at the 2021 French Open. Osaka asked to skip these news conferences, and later explained that she felt these mandatory sessions, where players are peppered with wide-ranging questions, paid no regard for an athlete’s mental health. According to reports, Osaka was concerned that the media would harp on her past defeats, and recent losing record playing on clay….Osaka’s withdrawal from this year’s French Open has rightly received a lot of attention. Besides the changes being discussed to aid players at press conferences, sport psychologists and other mental health professionals have been writing, podcasting, and tweeting about how Osaka will help move the needle on the subject of mental health for everyone…Osaka has shown people with her vulnerability and openness that superstar athletes are super-talented, but not superhuman. Dr. Greene wrote a piece for the Anxiety and Depression Association of America. Read the full piece here.