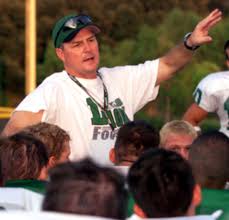 When There’s Only So Much Playing Time to Go Around

One of the greatest challenges coaches face is managing playing time. Of course, the best players typically play the most. But, for athletes who were stars or key contributors in high school, the deep disappointment, frustration and confusion from not playing can be disruptive to them and the entire team. Coaches may observe these athletes losing motivation in practice, and taking a negative attitude with them wherever they go. We know athletic trainers often are the first to hear from these frustrated athletes. Some, we are told, are so upset they will spend extra time in the training room with strains and pains whose origin, the trainer might feel, is more psychological than physical.

At Greenepsych, our coaching consultations tend to always include discussions about how to manage player complaints about playing time. The bottom line is that coaches who just ignore the problem or hope it goes away may be shortchanging these athletes and the team.

Here are 3 important suggestions to consider with your “role players”:

1. Start your conversation with an athlete by emphasizing that their contributions to the team may not bring all the glory, but can be the backbone of the team’s success. Hard work, encouragement of teammates, and a positive attitude under difficult circumstances is a mindset you can encourage them to embrace. However, your message won’t get through unless you also meet the athletes’ frustration or sadness with an empathetic statement that shows you get it. For example, before you try to pump them up, make sure to say things like, “I can imagine this is frustrating for you; I know this probably isn’t how you imagined your role on this team. I get that and realize this is difficult to accept.” Finally, we have found it helpful to directly and encouragingly let players know what the positives are that he or she is bringing to practice and to the team.  As college football great Lou Holtz once said, “I’d say handling people is the most important thing you can do as a coach. I’ve found every time I’ve gotten into trouble with a player, it’s because I wasn’t talking to him enough.”

2. Teams function more smoothly when each athlete’s role is as clearly defined as possible. In one on one meetings, articulate what action steps can be taken to fulfill their role and potentially lead to an expanded set of responsibilities. For an athlete, having clarity about their role is an important piece towards accepting how they can contribute to the team’s success. Finally, as a coach, it is also important to be willing to listen to the input of athletes about their own sense of their strengths and weaknesses. NBA coaching legend Phil Jackson is quoted with saying, “”I knew that the only way to win consistently was to give everybody, from the stars to the number 12 player on the bench, a vital role on the team.”

3. Sometimes, it can be best if the feedback given to a player who isn’t receiving much playing time comes from the leaders of your team, perhaps the captains and more senior athletes, and not necessarily the coach. In some cases, the upperclassmen/women will have gone through similar situations themselves when they first joined the team and can offer a shared perspective that a coach has not directly experienced. Creating this culture of communication amongst players can create more team unity and lead to a consistent and clear message that we are all in this together.    As college football coach Jeff Hecklinski is credited with saying, “Culture doesn’t change when coach tells a player he’s wrong. It changes when players tell other players: no that’s not how we do things here.”